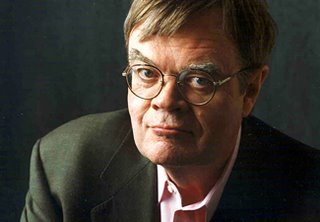 Abbi and I were watching "A Prarie Home Companion" on demand when it hit me like a ton of bricks.

"We have to interview Garrison Keillor!"

As a Midwesterner, Mr. Keillor's show has been on my radio as long as I can remember. His dulcet baritone was constant companion in the numerous cross-country trips of my college years.

I've always appreciated the oasis of calm that exists on his air. There is no big city rush, no cacophony. His storytelling is patient and tempered, each tale invested with deeper meaning. He inspires. "A Prarie Home Companion" holds the increasingly rare distinction of tasting good, and being good.

I wrote the following in my Daily Journal upon seeing a living taping of Mr. Keillor's beloved radio show on Christmas Eve 2005:

My mother, brother and I all live within a twelve block radius of one another now, which is primarily serendipity, not strategy. And though it facilitates seeing one another now and then, busy lives and the general good sense not to overdue it have limited such gathering to the "rare" to "very rare" file. Which is, in general, fine with me. This theater going experience, though, was in the "rarest of the rare" column. It was Christofer's idea.

So there we were: a single mother and her two sons in the orchestra section of Town Hall enjoying Mr. Keilor's slice of Midwestern kitsch. Of course, it's not insignificant that Chris should take us there. The Midwest -- as a symbol -- has been lost to all three of us. For my mother, who grew up in Iowa, it is a different story, one I wouldn't feign to know or understand. But for me, the Midwest is a far-off place where, once upon a time amidst fireflies and crickets, everything was deep and simple. I tune into "A Prarie Home Companion" and, through Mr. Keillor's Lake Woebegone tales, endeavor to return to that quieter, more tranquil time. I imagine Chris does too.

We ask ourselves, who am I to be brilliant, gorgeous, talented and fabulous? Actually, who are you not to be?

You are a child of God.

Your playing small does not serve the world. There is nothing enlightened about shrinking so that other people won't feel insecure about you. We are all meant to shine, as children do. We were born to manifest the glory of God that is within us.

It's not just in some of us; it's in everyone.

And as we let our own light shine, we unconsciously give other people permission to do the same. As we are liberated from our own fear, our presence automatically liberates others.

Standing there in her white knit dress, funky beret and multi-color scarf, this frail, soulful woman led the audience -- né, this congregation -- through four verses of "This Little Light Of Mine," then shuffled off, leaving us all to bask in the glow of our collective brilliance.

And so, with an assist from my colleague, MTV News Talent Coordinator Alyssa Vitrano (who dug up Mr. Keillor's contact information), I called Minneapolis this afternoon. And while I was nervous, hurried, and unrehearsed, Prairie Home Production publicist, Katrina Cicala, was poised, patient, warm.

Katrina seemed optimistic following my brief description of the project.

I followed our brief conversation with the following email:

Much of Mister Rogers' "deep and simple" ethos -- a phrase he plucked from author/activist/mystic (and friend) Bo Lozoff's book, "Deep & Simple" -- was based on his unique perspective as a Presbyterian minister, and as a participant, observer and activist within our accelerated media culture. Thus far, we've interviewed journalists Susan Stamberg, Tim Russert and Linda Ellerbee, authors Marc Brown, Tim Madigan, and Amy Hollingsworth, and Mr. Lozoff to that end. In the next few months, we plan to speak with Bill Moyers, Yo Yo Ma, and -- hopefully -- Mr. Keillor.

Mr. Keillor's work has been a constant source of deep insight, simple joy, and profound inspiration for myself, and millions like me. "A Prairie Home Companion" is an oasis of substance amidst the vacuous folly of an accelerated culture. To that end, we seek Mr. Keillor's answers to questions such as: "Has American culture become shallow and complex?" "How does media and consumer culture conspire against depth and simplicity?" And "To whom does culture look for deep and simple inspiration and guidance?" Not to mention, "Did you ever cross paths with Fred Rogers?" And "From where do you personally draw you depth and substance?"

So... listen up when those ton of bricks hit. All that weight might mean something, and might turn out better than you think. I'm hoping so anyway.
Posted by Benjamin at 10:53 PM